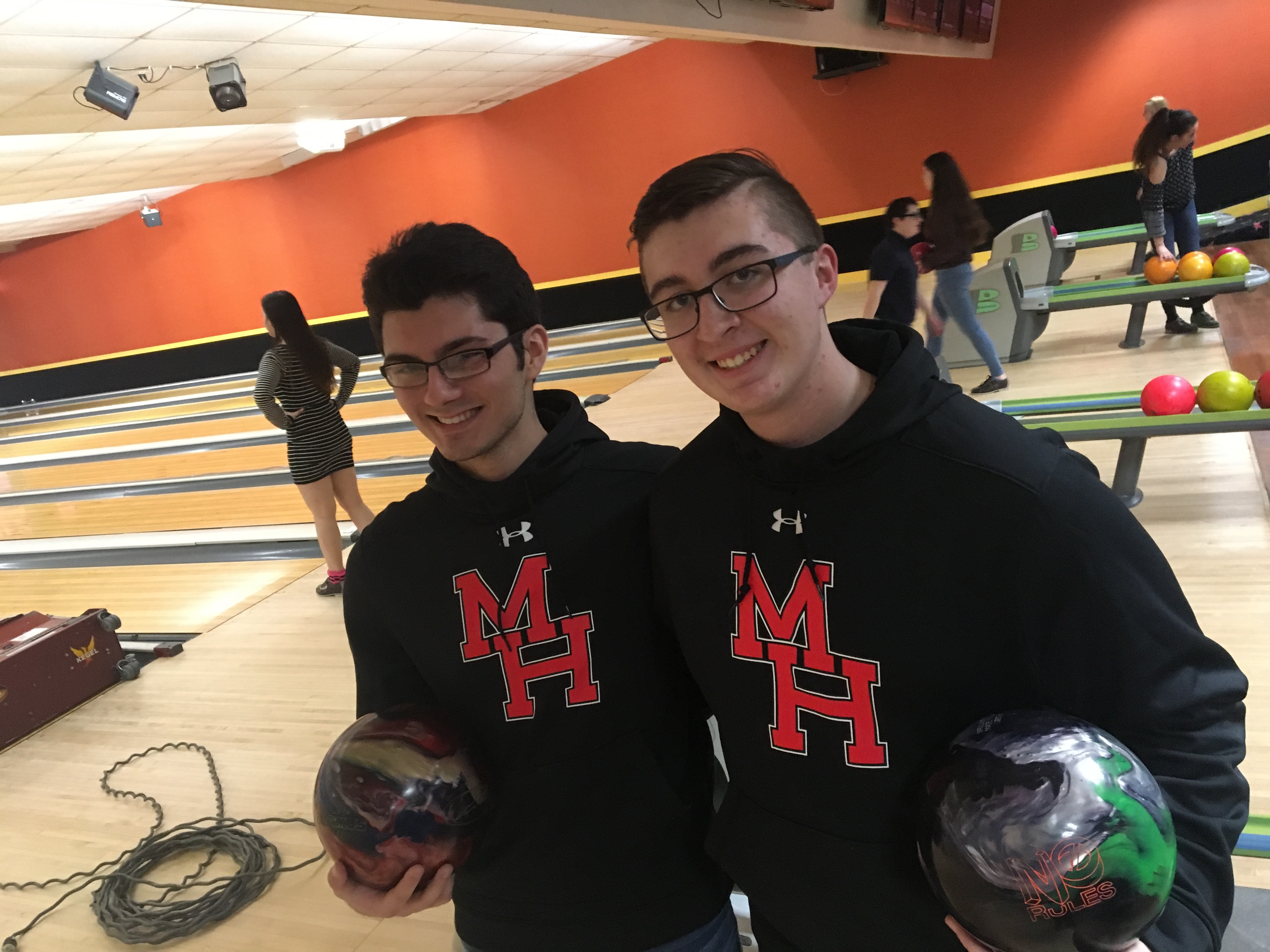 Schodack, NY — When Maple Hill bowling coach Chuck Thomas rekindled the school’s program after decades in the dark he never imagined that in just a few short seasons his squad would surpass career milestones while top teams in the Colonial Council stood by and watched.

“When we started this program our team average was like a 150. Did I think we would ever get a 300? Yes, but not this soon,” Thomas said.

To say it’s been an eventful week for the Wildcats would be an understatement. Last Thursday during a match against Catholic Central High School, senior Dylan Fletcher bowled the first perfect game of his career.

“In my first year, I always thought someone would do it, but I didn’t think it would be me,” the Johnson and Wales commit (non-athletic) said. “I was on the practice lanes back then, and it was just a victory if I got put in [to the actual match] as one of the lower seeds.”

As the two-sport athlete was celebrating his accomplishment, his bowling buddy grimaced at the site of his friend completing the game’s biggest challenge. “I was proud, but I really wanted to do it before him,” sophomore Austin Barden said.

The three-sport athlete (cross-country, bowling, baseball) wouldn’t have to wait long for his time in the spotlight. On Tuesday, in the next match, Bardin joined Fletcher in the 300 club when he nailed 12 in-a-row during a match against Cobleskill Richmondville.
“I was thinking about throwing the perfect shot and also I knew I had to beat Dylan,” said Barden who actually got cut from the team when he tried out in eighth grade. “That was my motivation. After I had got cut, I spent every Tuesday night at the bowling alley and bowled 14 games straight.”

Throughout both campaigns, Fletcher and Barden leaned on each other for support. “We always came back to each other and let out our nerves,” Fletcher went on to say. “Neither of us could stop talking. You need something to talk about; you need to express yourself.”

Maple Hill Director of Athletics Dave Austin believes that both 300’s are the schools first. “We’re trying to track down one more coach, but the general consensus is that they are indeed our first perfect games.”

With their regular season in the books, Barden (207 average), Fletcher (200 average) and the rest of the Wildcats are prepping for the Colonial Council tournament on Monday and the Sectional tournament on Valentine’s day. Both tourneys will take place at Boulevard Bowl in Schenectady.