Saratoga triumphs over Colonie in a defensive epic 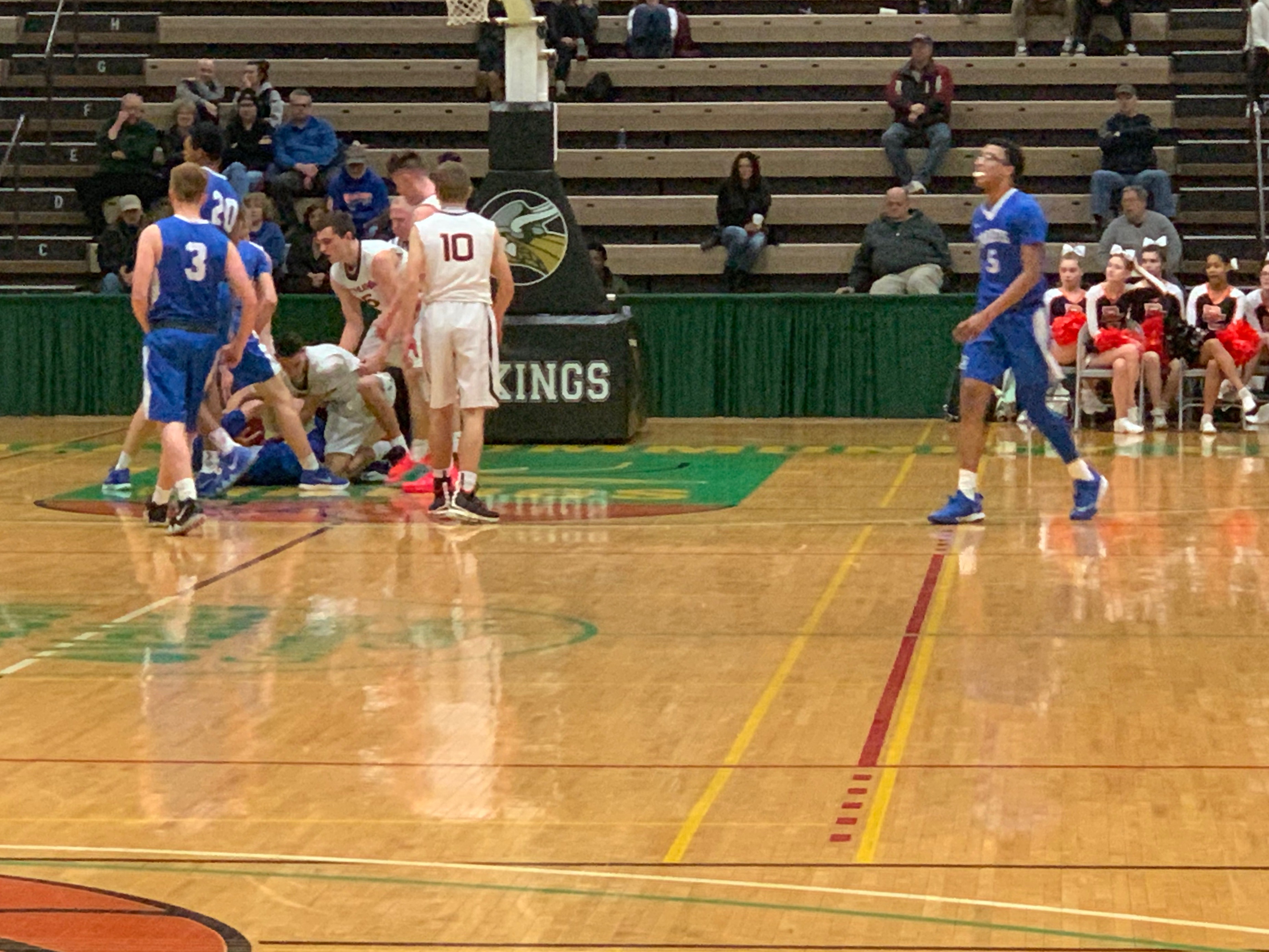 TROY — Last season the Blue Streaks enter the sectional tournament as not only the top seed but the top ranked team in the state. Unfortunately the fourth seed Colonie came in to upset them in the semi-finals. But tonight they avenged that loss in their 41-39 win.

You could tell how ready these Suburban Council rivals were to see each other again as the defensive intensity was at an all time high. Neither defense left a player unguarded or a shot undefended. This caused an incredible four and a half-minute stretch where the score was still tied at zero all. The tie was broken when Colonie’s Aaron Satin hit a pair of free throws to give the Raiders the first lead of the game. Both sides tacked on a couple of baskets in the final minute of the quarter and Colonie found themselves with a 5-4 lead going into the second quarter.

“I thought we looked a little rattled in the first quarter. We were sloppy with the ball and missed the shots we normally would make,” said Coach Matt Usher of Saratoga.

The post game of Nate Chudy and the slashing of Michael Rogan helped Saratoga get into a rhythm, scoring eight of the teams 15 points in the quarter. Despite more than tripling their fist quarter production, Colonie matched it with 15 points of their own, seven of which came from Marcus Shelton.

The Blue Streaks did exactly what they needed to do coming out of the half, shutting the Colonie offense down for the first two and a half minutes of the quarter. They continued to put the ball inside to their bigs Will Fox and Nate Chudy. This gave Saratoga a five point advantage going into the fourth quarter.

The Saratoga offense began to falter early in the final quarter. Colonie held the Blue Streaks to six points in as many minutes to help them tie the game at 39 with 1:17 left in the game. But after that foul trouble consumed the Raiders as they let Saratoga’s senior Will Fox shoot four free throws in the proceeding 30 seconds. He only made one of the four which gave Colonie the ball down one with 25 seconds to go. The Raiders ran a long set which gave Marcus Shelton a corner three which he missed, giving Saratoga the ball back.

Aidan Holmes was the target of Colonies intentional foul and he made one of his two shots with five seconds left. Colonie brought the ball up court and tried to take a last second three pointer from the top of the key but Will Fox came up with a high pointed jump ball block to stop the clock with .3 second left in the game, realistically shattering Colonie’s hopes of a game winner. They attempted the alley oop to win it but the ball landed safely with a horde of Saratoga defenders to finish the game.

“Credit to Colonie. They played very hard and made it ugly for us,” said Coach Usher.

Saratoga will continue their postseason run as they take on Shenendehowa at Cool Insuring Arena Tuesday night.

Coach Usher said, “We have to own our mistake or else we’re going home.”