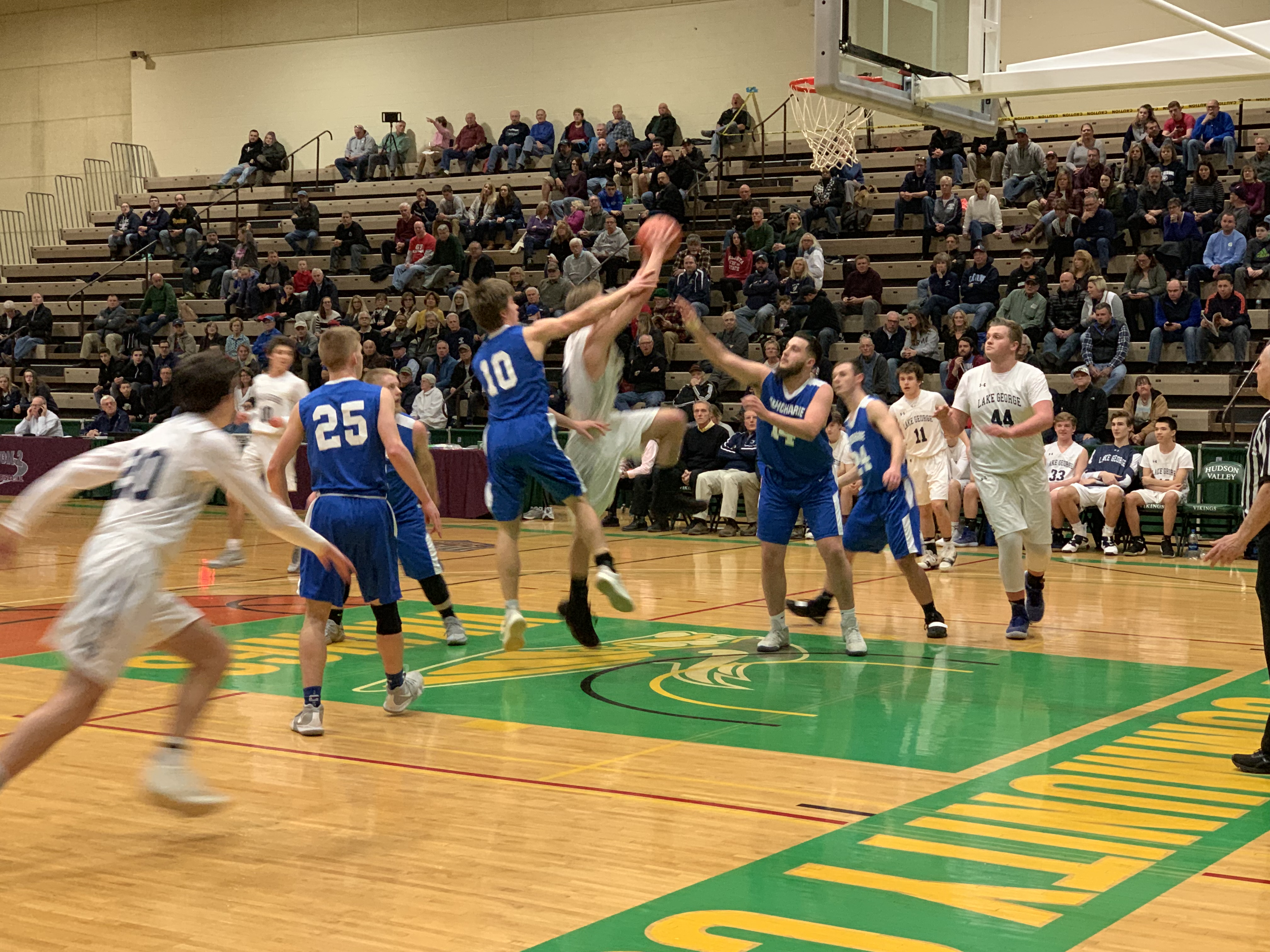 TROY — The top seeded Warriors of Lake George entered tonight’s game looking for their fiftieth consecutive victory. They easily reached this mark in a blowout 75-31 win over Schoharie.

“We don’t even know what our record is. 20 something and zero is nice but our goal is to get to Binghamton and see if we can take care of business there,” said Coach Blake White.

Lake George saw some fight from the Schoharie Indians in the first quarter where they battled to stay at an eleven point deficit. This completely changed in the second quarter where the Warriors ran over the Indians on an 18-3 run. Senior center Chris Becker led Lake George in the quarter with five points and went one for two from the free throw line. Schoharie just could not get a shot to fall in the quarter, shooting well under 20 percent from the field and only made 40 percent of their free throws in the half.

“We felt that if we got them uncomfortable they would have trouble shooting their shots,” said Coach White.

The third quarter was more of the same for Lake George. Now that the Indians defense was keyed in on Becker in the paint, Lake George’s star forward Mason Flatley had plenty of room to drive to the basket and create offense. He led the team in the quarter scoring nine of Lake George’s 22 points. Chris Becker was close behind him with six.

There was a scary moment for Warriors fans late in the third quarter. When their senior forward, Mason Flatley drove in for a layup he came down awkwardly on his right ankle and had to be helped off of the court. Flatley did not return and finished the evening with 15 points, eight rebounds and four assists.

The first string did not last long in the fourth quarter for Lake George as Blake White opted to let the reserves finish the game. Chris Becker was the leading scorer putting up a double double with 19 points and 12 boards. Lake George allowed seven points in the closeout effort, three of which to junior Shane Helmstadt.

Chris Becker said, “Usually in the second half we let them come back a little bit, but in this game we held them and didn’t let the come back too much.”

In tonight’s win Lake George has now won fifty straight games since their loss in the state tournament back in 2017. They will play the fifth seed Mayfield Panthers in the semi-finals at Cool Insuring Arena. The Panthers beat the fourth seed Chatham by a score of 71-56.

“We’ve been here before. We know what were doing on this journey and we hope it takes us far,” said Becker.

Rodgers knows opportunities are far and far between