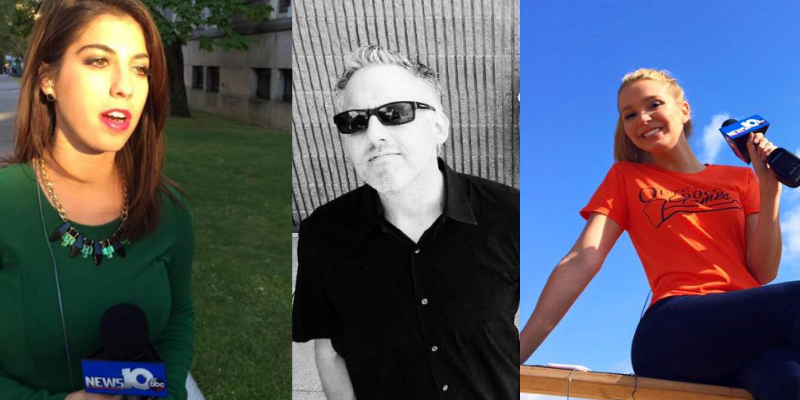 A local radio host is catching flack for publicly inviting a WTEN reporter to get warm and brainstorm 2019 with him in his hot tub.

“I apologize in advance for this tweets creep factor, we’re having one of our annual #showsummits in my hottub fri at 12:30! May be disgusting accidental nudity but you’re invited as our guest to get warm and brainstorm 2019 w/us,” Laursen wrote in the since-deleted tweet.

Nahl did not respond to Laursen’s tweet, but fellow WTEN reporter Ayla Ferrone did.

“Are you serious? Do you not have anything better to do with your life than harass women? If you have to put a “creepiness” disclaimer on a tweet, here’s a novel idea-MAYBE DON’T TWEET IT. You are disgusting and should be ashamed,” Ferrone tweeted.

Looks like Quinn wised up and deleted this tweet, but screen grabs are forever. He also blocked me for calling him out on the disgusting nature of the tweet. Unfortunately not the first, and probably not the last time it will happen. #metoo pic.twitter.com/qebx4A5ciX