Hot shooting advances Glens Falls past Johnstown in Class B 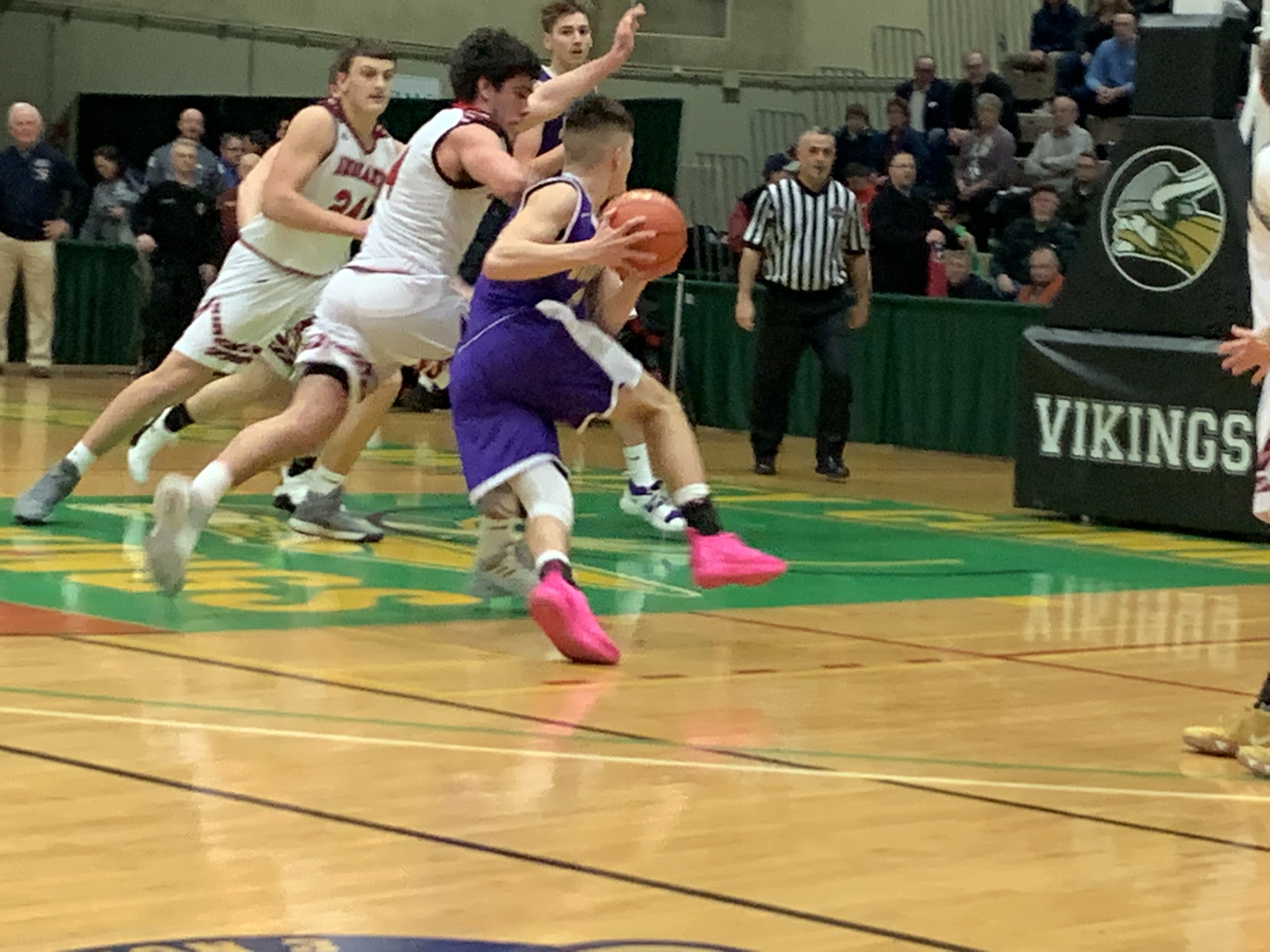 TROY — Only Johnstown stood between Glens Falls and returning to their hometown’s Cool Insuring Arena. They easily got passed the Sir Bills thanks to great shooting by Joe and Trent Girard.

Joe Girard III got started early on with a layup in the first minute the game. A few minutes later his cousin Trent Girard caught fire, connecting on his first three shots, all from behind the three point arc. The Girard boys accounted for 17 of Glens Fall’s 23 first quarter points as they out scored Johnstown by 13.

Trent Girard became an afterthought to the Sir Bills defense once Joe started cooking. Whether he was doing a eurostep or splashing a three in the face of two or more defenders Joe just couldn’t be contained. Joe put up 17 points in the quarter, nine by way of three pointers. Trent Girard and Nick Danahy added six and four points respectively to give the Indians 50 points at the half.

Coach Rob Girard said, “The more scorers we can get the better we’re going to be because Joe will get more open looks and they’ll have to start playing him man to man instead of three on one.”

Glens Falls’ stingy defense stifled Johnstown for most of the second quarter. After early free throws, the Sir Bills found themselves unable to get a shot to go. It took three and a half minutes for Johnstown’s senior Matthew Boyle hit a three and end the drought. Even after, they struggled to gain momentum and only scored twelve points in the quarter.

The Girard boys stayed hot in the third, combining for a 12-1 Glens Falls run on four  straight three pointers. Just then Johnstown came back to life, going on a 19-6  run to end the third quarter.

Unfortunately Johnstown couldn’t keep Glens Falls’ offense down forever and wound up just trading baskets for the entire fourth quarter. Joe Girard III finished the game as the leading scorer with 48 points on an even 50 percent shooting. Girard also had five rebounds, three assists and two steals. Johnstown’s best game came from Matthew Boyle who scored 29 points with seven rebounds and two assists in his last game for the Sir Bills.

So after tonight’s runaway victory the Indians will return to Glens Falls to play the remainder of the tournament at Cool Insuring Arena. Their next game is Monday night against the third seed Watervliet.

“They’re a great team. They’ve got some size and some athletes so we’re going to need to be really focused,” said Coach Girard.