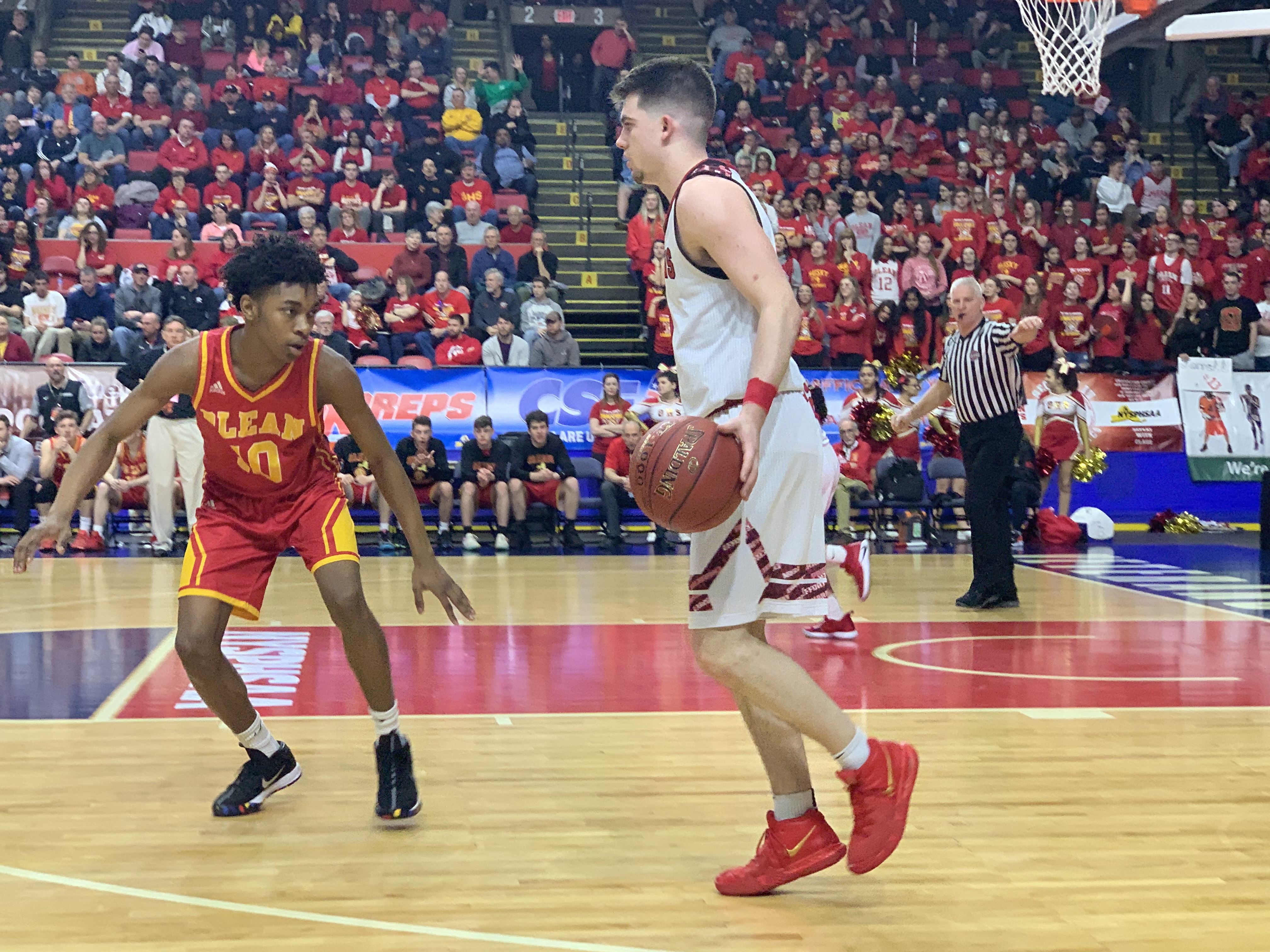 BINGHAMTON, NY — After many hard fought years, Joe Girard III and Glens Falls has made it back to the state final four. They grabbed the opportunity by the throat, beating Section 6’s Olean 83-63.

Joe had fire in his eyes coming out for the first quarter. He sliced through every double team the Huskies tried to throw at him and his comfort in an arena was apparent as he was knocking down triples from almost half court. Girard was responsible for all of Glens Falls’ 20 points in the first quarter, scoring 18 of them himself. His aggressive mentality transitioned over to the defensive end too. Through the first half he grabbed 12 boards, posting a first half double double.

Olean had trouble getting a shot to fall early on, leaving the first quarter with only six points. But the Huskies got into a rhythm and put up 19 in the second, nine of which were scored by senior all-tournament player Mike Schmidt. Unfortunately Schmidt’s effort was not enough as they could not handle the added offense of Trent Girard and Nick Danahy and the Huskies were still trailing by 15 at halftime.

Schmidt stayed hot for the Huskies in the third quarter. He was responsible for 13 points on a run that cut the Huskies’ deficit down to nine with a minute left to the quarter. Things wouldn’t get much better though as the Indians ran them out of the gym, outscoring the Huskies 28-17 in the final nine minutes. During this stretch Joe and Trent Girard combined for 16 of Glens Fall’s 28 points. Joe finished the day with 39 points while Trent tallied 12 and Nick Danahy had 16.

With today’s win Glens Falls will advance to it’s first State final in 12 years. In their last appearance with BYU and Chinese Basketball Association star Jimmer Fredette, the Indians lost to Peeskill 58-48. They will play Section 3’s Lowville Red Raiders.