Troy’s run ends with a loss to Mendon 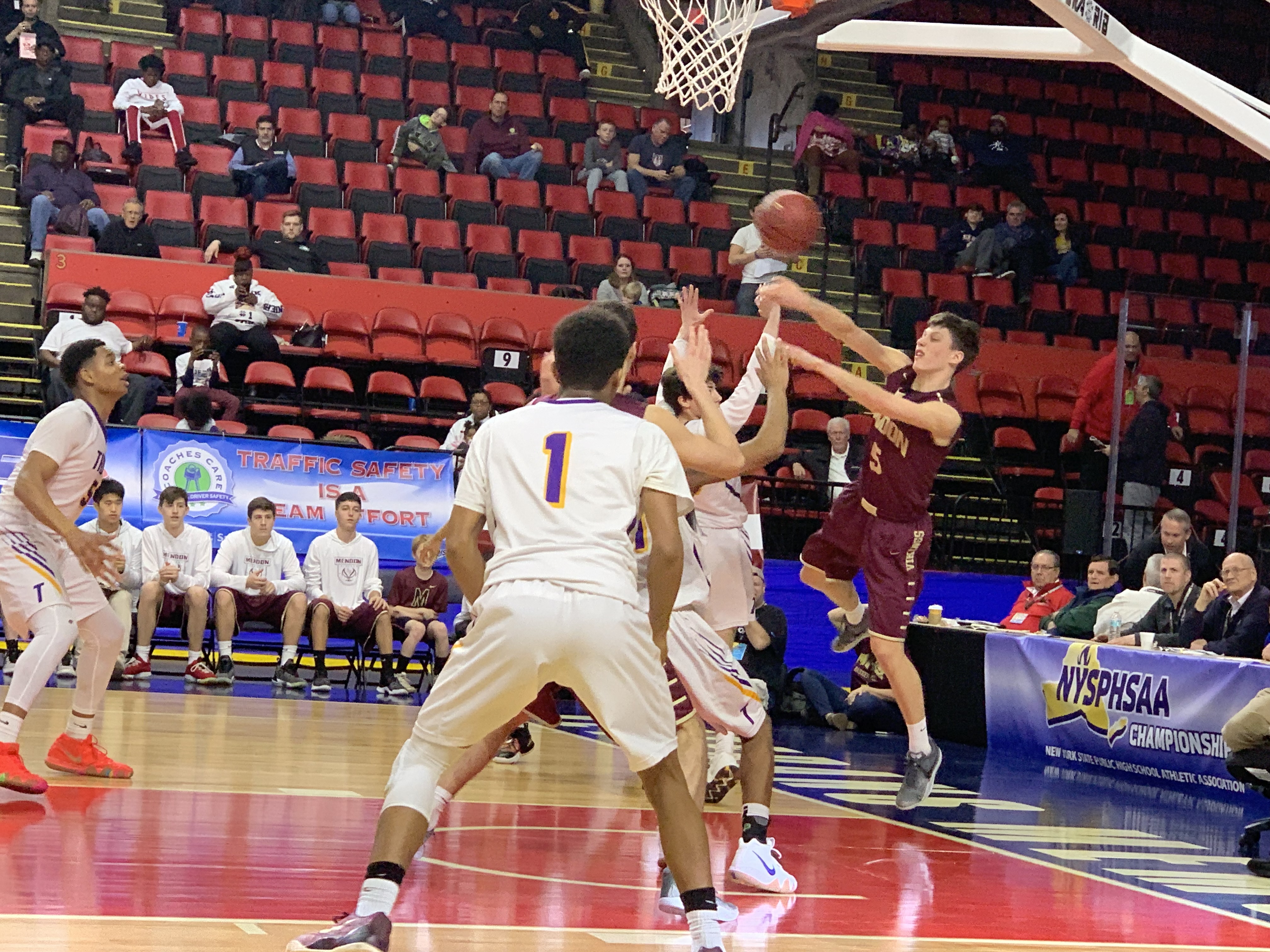 BINGHAMTON, NY — After literally sprinting past their competition early on in the tournament the Flying Horses found their equal in Section 5’s Mendon Vikings. Troy just couldn’t play as clean a game as Mendon, losing 92-67.

Right from the opening minutes you could tell that the matchup wouldn’t be an easy one for the Flying Horses. In the earlier rounds Troy used their speed and lateral quickness to run fast breaks and create open shots. But Mendon was able to match their speed, limiting Troy almost entirely to a half court set. It also didn’t help that the Flying Horses couldn’t hit a shot from deep early on. These factors combined to give Mendon a seven point lead late in the first quarter. Sloppy possessions allowed for a quick 8-3 Troy run to end the first quarter, lead by senior Latyce Faison’s five points.

Because they weren’t able to speed past this Mendon team we began to see all of this Troy teams flaws. The biggest issue the Flying Horses had was their communication in the half court set. A lack of court and game situation awareness made the floor spacing sloppy and passes kept going to empty places that a Flying Horse had already vacated. These careless turnovers put Troy down 42-31 at the half.

It was the Viking’s senior Daniel Cook that put the game on ice in the second half. Cook got anywhere he wanted to and thought he could make any shot that he took. Cook erupted for 14 points in the third quarter to put the Vikings out to a 68-47 lead. He added nine more points in the closing quarter for 23 second half points and 36 of Mendon’s 92.

Mendon’s Daniel Cook said, “I’m just grateful that my teammates gave me the ball and the space to score.”

With their season now complete the Flying Horses finish with a record of 21-5 and their second sectional title in four years. Mendon will play Saturday night in the State final.

“We knew we could be here the whole way but we got to keep going,” said Cook.