Adirondack Thunder fall in game one of Eastern Conference finals 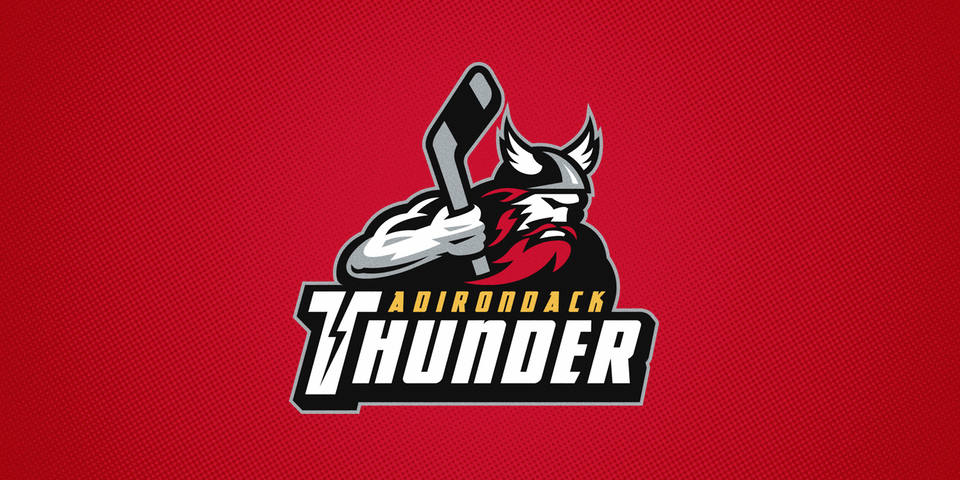 ESTERO, Fla. — The Adirondack Thunder fell 4-3 in Game 1 of the Eastern Conference Finals on Friday evening at Germain Arena. Florida now holds a one game to none series lead with the two teams back in action tomorrow evening for Game 2 at 7:00 p.m.

Forwards Ryan Schmelzer, Troy Bourke and James Henry scored for the Thunder in defeat. Goaltender Drew Fielding turned aside 32 of the 36 shots he faced as he picked up his second loss of the 2018 postseason.

After more than 35 minutes of scoreless hockey, Florida opened the scoring late in the second period as forward John McCarron tallied his sixth goal of the postseason. After forward David Dziurzynski drove down the right wing, the puck was deflected off of his stick and directly to McCarron in front, where he whacked his shot past Fielding for the game’s first goal. Dziurzynski and forward Spencer Smallman tallied the assists on the play, Smallman’s eighth of the playoffs.

Adirondack struck back with a pair of goals in quick succession to take its first lead of the game early in the third period. First, defenseman Matthew Spencer fed a streaking Schmelzer through the slot and his one-timed effort beat Florida netminder Martin Ouelette underneath the cross bar for the tying goal. Less than four minutes later, Adirondack struck again as Bourke capitalized on a turnover in the Florida zone and beat Ouelette with a move to the backhand, with Schmelzer collecting the lone assist on the play.

Florida came back to tie the game at two less than two minutes later as McCarron tallied his second goal of the evening. McCarron won a battle behind deep in the Adirondack defensive zone and, after his wraparound effort was denied by Fielding, he backhanded home the rebound for his second tally of the game. Defenseman Gus Young and forward Sam Warning collected the assists on the play, Young’s fifth of the 2018 playoffs.

The Everblades took a two-goal advantage in the back half of the third period as forward Michael Kirkpatrick converted a pair of breakaways for the 4-2 advantage. First, with Adirondack on the power play, Kirkpatrick forced a turnover on his defensive blueline, went the length of the ice and went forehand-to-backhand for his eighth goal of the playoffs. With just 2:16 left in regulation, Kirkpatrick struck again as he got behind the Thunder defense, took a feed from Joe Cox and beat Fielding on the blocker side for his second of the evening.

The Thunder completed the scoring with six seconds remaining in the game as Henry scored his first goal of the playoffs. With the Adirondack net empty, defenseman Colton White sent a wrist shot from the point through traffic that was kicked aside by Ouelette, but the rebound fell to Henry in the slot where he cashed in to bring the visitors back to within a goal. White and defenseman Blake Thompson collected assists on the play, White’s seventh of the playoffs.

The Thunder and Everblades are back in action tomorrow evening for Game 2 at 7:00 p.m. at Germain Arena before the series shifts to Glens Falls for Game 3 on Wednesday.