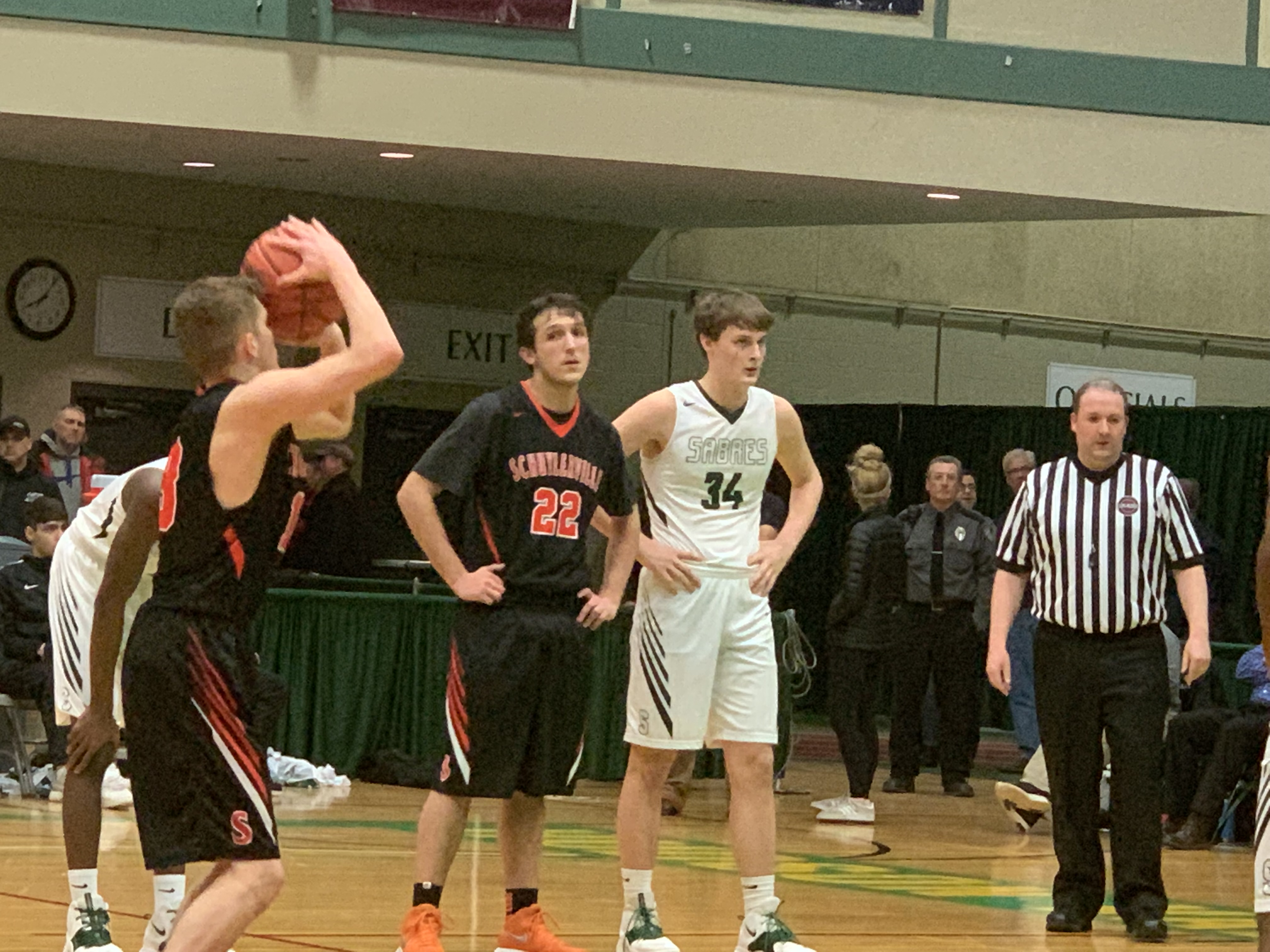 TROY — Schuylerville was the only team between Schalmont and going to the Class B Semi-finals. Despite an early scare, the Sabres closed out a defensive game with a score of 65-42.

Creation off of the dribble drive by Shane O’Dell and LJ Randle gave Schalmont the advantage in the first quarter. LJ Randle led the team scoring seven of the Sabres 19 points. Still the shot creation talent of Schuylerville’s Cayden Rutland kept the Black Horses on their tails. At the end of the first Schuylerville only trailed by seven points.

The second quarter turned into a dog fight. Both teams scrapped for control of the ball the entire eight minutes as Shane  O’Dell and Cayden Rutland battled on the scoreboard. In the end the Cayden Rutland and the Black Horses came out on top, outscoring Schalmont 16-12 to end the half down only eight. Rutland had eight of Schuylervilles 16 with two threes.

The third quarter was even more heavily contested than the second. Schuylerville found themselves down only four points halfway through the quarter and kicked their defense into second gear. The Black Horses held Schalmont scoreless for the next three minutes but failed to capitalize on the opportunity, not making a basket in that same time frame.

“We’ve been living on our defense all year. Whether we’re playing well offensively or not out defense is the reason we have so many wins this year,” said Schalmont’s coach Greg Loiacano.

Ultimately Schuylerville never got rolling after that scoring drought and were outscored 27-10 in the last nine minutes of action. Cayden Rutland had a rough second half for Schuylerville, only scoring two points on free throws. Shane O’Dell had a monster night for the Sabres, posting a double double with 28 points and 12 rebounds.

LJ Randle said, “We just dug down deep and started playing the defense we knew we could always play. We came together as a team and did what we had to do.”

Schalmont will play their next game against the fifth seed Fonda-Fultonville Monday night at Cool Insuring Arena. In the Braves’ last matchup against Catskill, their junior Jackson Atty scored over forty points.

“We just need to listen to our coaches and stay together as a team,” said LJ Randle on the Fonda-Fultonville matchup.