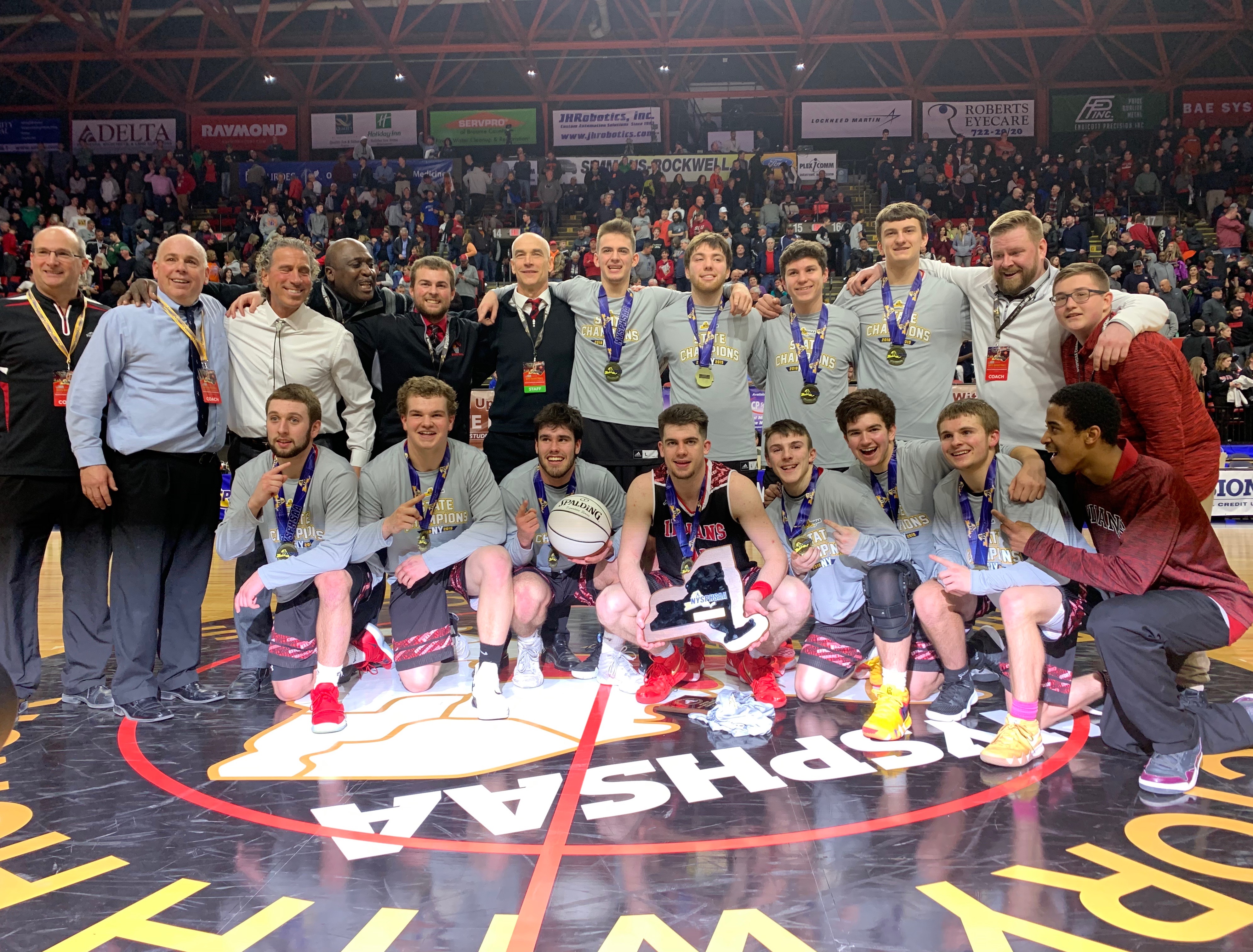 BINGHAMTON, NY — Glens Falls returned to the State finals for the first time in 12 years to play the Lowville Red Raiders. It was a crazy game but the Indians prevailed in a 75-74 win.

Lowville’s sophomores Gavin and Aidan MacAuley did an incredible job of frustrating Joe Girard III and making him give up the ball. This proved to be a problem for Glens Falls as their scoring options were very limited when they didn’t have Girard. Another problem was the press that the Red Raiders ran. They trapped Joe deep in the backcourt forcing him to rely on his teammates to get the ball up the court but they made many careless turnovers, throwing away brand new possessions. This helped Lowville open up a 20-10 lead by the end of the first quarter.

Girard came back a little in the second quarter as he began to slice through a defense that didn’t want to help much and attack the basket. After only scoring three points in the first quarter, Joe scored 15 in the second with one triple. But the Indians defense seemed like they didn’t know what shooters they should be closing out on which cost them 18 points in the first half as they went into halftime with a three point deficit.

“When we went in for halftime only down three we were really excited. I didn’t have my best half, we didn’t have our best half but we were still in it,” said Joe Girard III

When the third quarter came around it was clearly time for the game to become Joe’s. He went everywhere he wanted and the result was Girard scoring  all 18 of Glens Falls’ 18 third quarter points. When Girard was in that groove it made it difficult for the Red Raiders to play both ends of the court well so they only scored nine points.

Glens Falls held a six point lead going into fourth quarter but the MacAuley brothers weren’t ready to say die. They combined for 12 points as the Red Raider rallied to go up 3. Following a timeout, Glens Falls had a baseline inbounds play where they created a wall that gave Joe Girard III plenty of room to knock down the deep three and send the game to overtime.

Overtime didn’t go perfectly for Glens Falls. They still couldn’t stop the MacAuley brothers who accounted for all ten of Lowville’s points in the period. The Indians found themselves down two when Girard drove down the court and was fouled. He hit the first free throw, but as he tried to play the ball off the rim on his second shot he entered the key just a little too early, giving Lowville the ball back with a one point lead and five seconds remaining. Fortunately for Glens Falls, Brett Tiffany pushed down Kyle Vachon before the inbounds which gave the ball back to Glens Falls. They set up another pick play for Girard where he brought three defenders down the baseline and to the rim with him for his 50th point and the game winner.

Joe Girard III said, “It’s not how you start it’s how you finish, and we finished with a State championship and I couldn’t be any happier.”

With todays win Glens Falls receives their first ever State basketball championship and first opportunity to play in the Federation basketball tournament, which is held next weekend in Glens Falls’ Cool Insuring Arena.

Accountability does not exist with Giants