Your New York Giants improved to 3-6 in the season after a 23-16 victory over the AFC West division-leading Las Vegas Raiders Sunday at MetLife Stadium.

Giants head coach Joe Judge and Giants general manager Dave Gettleman avoid grief for a week at least. Shoot, the Giants apologists in the media and some Giants fans will make a case for both to stay on at their respective jobs.

Gettleman could be on his way out with an 18-39 record to show for it in his four forgettable seasons as the Giants general manager. I say could because I still don’t believe he is in any danger of being fired because Giants owner John Mara likes him and believes in him. If the Giants win seven or nine games, he made his case to Mara that he should stay on as general manager.

I am more interested in Judge’s future than Gettleman’s. How he finishes this season will determine a long way for him and his general manager. With eight games remaining, it could go either way.

But if the Giants go 6-11 or 4-13, Judge’s job security should be a talking point here. Another losing season does not represent progress despite what the Giants head coach, Giants general manager and Giants ownership tell you.

Judge’s record as Giants head coach has been underwhelming if we are being honest. He is 9-16 in his two years as Giants coach. Yes, it isn’t Ray Handley-like, but it sure isn’t Jim Fassel-like, either.

Judge has yet to have a winning season, so that’s a strike right there. Another strike comes from this team finding a way to lose by committing stupid penalties as they did in the Kansas City Chiefs game that aided the Chiefs to kick the game-winning field goal. Finally, he has a poor grasp of time management.

You know the saying. Three strikes, and you are out.

This is what Judge is. I have yet to see anything to think he is going to grow to be a great head coach. When a head coach whines about headset issues like he did after the Chiefs loss to explain why his team imploded in the end, that’s terrible leadership.

It was laughable last year when everyone hailed him for getting the Giants to overachieve despite a 6-10 record last season. He did not even lead the team to win the NFC East despite the division being lousy. He did not develop any young players from his roster, and he still has yet to do so. They didn’t play like a physical team and a prepared team on gamedays, and they still don’t.

Honestly, he may be worse than Ben McAdoo and Pat Shurmur. At least, McAdoo developed players and made the playoffs once.

Judge still has eight games left to show if he truly is the head coach for the future. The Giants should be 6-2, and this should be feasible for them to achieve that goal. They likely won’t beat the New England Patriots and Dallas Cowboys, but they should beat the Philadelphia Eagles (twice), Miami Dolphins, Los Angeles Chargers, Chicago Bears and Washington.

If the Giants can finish the season winning six of eight and end their season at 9-8, that would be considered progress for the head coach and general manager to stay on.

If the Giants go 2-6, there should be a new head coach patrolling the sidelines in 2022.

There’s no way the Giants should hire a new general manager and then let him inherit Judge the way John Idzik inherited Rex Ryan with the Jets a few years ago. Having Idzik inherit a head coach he never hired turned out to be combustible because both had different ideas on how to win games with Ryan being a coach that wants to win now while Idzik focused on developing. Idzik only got the job because no general manager wanted the Jets GM vacancy with the understanding he had to keep Ryan. This new general manager should hire his own head coach that will share his own vision.

And no, promoting an assistant general manager such as Kevin Abrams just to keep Judge is not feasible. That would mean meeting the new boss, same as the old boss. It doesn’t mean change at all when it’s more of the same. The Giants might as well keep Gettleman.

For Mara to get his much-coveted stability and for him to actually say the Giants made progress, it’s on Judge to get the Giants to a winning record this season.

The Giants played a disciplined, well-coached game on Sunday.

If they can do that for eight more games, Judge earned the right to coach them in 2022. 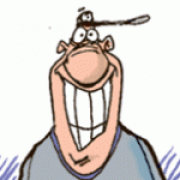 Only going home can save Islanders