Last season, Maciariello served as assistant coach to former head coach Jamion Christian. Maciariello, who served as a coordinator for Siena’s defense, helped jumpstart as program that collected only

During his time as a player, he helped the Saints to 20 wins in his senior year. He was also a part of the team that won a share of the MAAC Regular Season Title back in 2001. 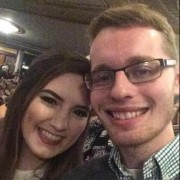